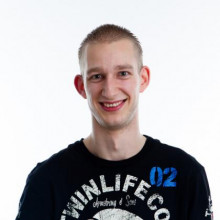 Sven Teurlincx is an aquatic ecologist with a strong interest in stakeholder involvement. Sven has worked on many projects where he tries to balance the desire of human use of water bodies with ecological quality of water systems in terms of biodiversity, ecosystem functioning and ecosystem services.