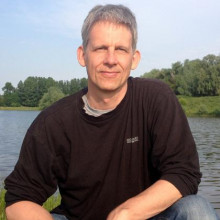 Steven Declerck is an aquatic ecologist who addresses a broad range of ecological and microevolutionary questions, with a focus on freshwater zooplankton. In 2001, he received his PhD-thesis at Ghent University (Belgium) with greatest distinction. After having worked at the University of Leuven (KULeuven, Belgium) as researcher on several research projects, he was awarded two consecutive postdoctoral fellowships from FWO-Vlaanderen (2004-2007 and 2007-2010). During this period (2008), he was also awarded an FWO travel grant for a one-year stay as a guest researcher at the University of British Colombia (UBC, Vancouver, Canada). In 2010, he started a tenure track at the Department of Aquatic Ecology (NIOO-KNAW) where he became tenured as a senior scientist in 2015. In 2018, he was appointed guest professor and in 2019 he received the position of associate professor at KULeuven.