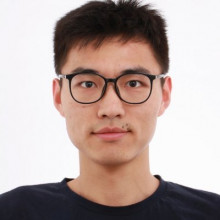 Qing has a background in mathematics and studied Ecological Engineering at the Magdeburg-Stendal University of Applied Sciences for his master, where he focused on water quality modelling and reservoir management. In his second year, he worked as a student assistant handling high-frequency monitoring data of a reservoir observatory system (RRO) at the Helmholtz Central for Environmental Research, Magdeburg (UFZ). Later on, he continued his master thesis at UFZ investigating the dissolved organic carbon (DOC) dynamics in a drinking water reservoir in the Harz Mountains, Central Germany. For mitigating the DOC loading from this reservoir, he has constructed an optimization model including a decision-making module and a DOC dynamics simulation module, and then interpolated the high-frequency data into this model. Qing's reservoir operation model has been recognized with great interest in a presentation at the responsible reservoir authority (Talsperrenbetrieb Sachsen-Anhalt), and he has been awarded Otto-von-Guericke Scholarship during the last year of his master program (see news). Since July 10, 2020, Qing started to work at the AqE department of NIOO as a PhD candidate on the project titled "management of extreme events in lakes and catchments" (MANTEL-project), supervised by Dr. Lisette De Sernopont Domis of the working group "Aquatic Knowledge Centre Wageningen" (AKWA).

Qing Zhan is involved in Project 10, one of 12 MANTEL Projects. This project will support stakeholders through development of measures that mitigate the negative consequences of extreme events, including toxic cyanobacterial blooms, and runoff induced high nutrient loads. Lowering the trophic status of surface waters is expected to increase resilience against predicted global warming and therewith reduce problematic cyanobacterial blooms. Cost-efficient mitigation calls for a tailor made benefit oriented restoration plan, building on an arsenal of restoration techniques, combined with innovative techniques.

A very promising way of moving lakes to an oligo/mesotrophic state is by using geo-engineering techniques that reduce cyanobacterial biomass and bioavailable phosphorus. The overall objective of the project is to test the hypothesis that such rehabilitated waters are not only more resilient to increased water temperatures, but also to pulsed inflows of nutrients. Experiments will be conducted in highly controlled indoor mesocosms – so called “Limnotrons” – that all will start eutrophic, including nutrient rich sediments: half will be treated (rehabilitated) and exposed to four temperatures ranging from low summer (20°C), normal (23°C), warm (26°C) and extreme (29°C). Effects of heat wave events and pulsed summer rain events (dilution and nutrient enrichments) will be studied. In addition, to gain a better understanding of cost-efficient mitigation, the early stage researcher  will have access to HFM data of the catchment area Mark-Vliet-Dintel, and Volkerakzoommeer-Binnenschelde, two areas where rehabilitation projects are ongoing. To detect the negative impacts of episodic events on these degraded systems, a modelling framework will be developed. The results will give a much needed management perspective of both the Dutch water board Brabantse Delta as well as the drinking water company ATLL.