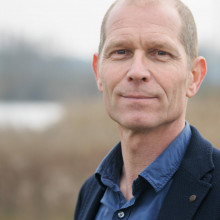 Bart Nolet studied Biology at the University of Groningen, doing his MSc on foraging ecology of otters at the Institute of Terrestrial Ecology (UK) and energetics of geese at the University of Birmingham (UK). He did his PhD on the viability of a re-introduced population of beavers, while working at the Research Institute for Nature Management. He has been at NIOO since 1995, where he studies movement ecology of waterfowl, linking foraging and migration theory.