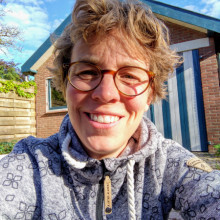 Ciska Veen obtained her MSc (2005) and PhD (2011) degree at the University of Groningen (the Netherlands), where she has been studying how grazing by large vertebrate herbivores affects soil biodiversity and ecosystem functioning in grasslands. She then obtained an Rubicon (2011; SLU, Sweden) and Veni (2014; NIOO-KNAW) grant to untangle how microbial communities drive soil carbon and nutrient cycling. In 2020, Ciska started as a tenure-track researcher (funded by an Aspasia grant) at the department of Terrestrial Ecology at the Netherlands Institute of Ecology. In her current research she aims at understanding how soil biodiversity drives soil functioning and carbon storage and how we can steer soil communities for sustainable land-use and climate change mitigation. She is currently leading a research project on how biodiversity and ecosystem functioning is changing when agricultural land is transformed into food forests and on the role of soils in climate-smart forest management. During her career Ciska has actively contributed to building an inclusive scientific community.