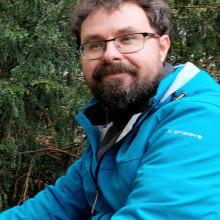 I am an ecosystem ecologist with extensive experience researching about the consequences of human impacts on biogeochemical processes, biodiversity, and the assembly of communities in terrestrial ecosystems. Currently, I am a Ramón y Cajal researcher at the University of Cádiz, Spain, where I lead the "Ecosystem Ecology Lab" (https://ecosystemsecology.com/). The laboratory seeks to answer basic questions on how ecosystems function in a context of global change and develop applied nature-based strategies to stop or even reverse impacts, particularly in the context of managed ecosystems such as grasslands and agroecosystems like vineyards.