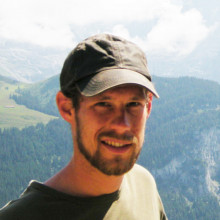 I study the movement and interactions of plants and animals in freshwater ecosystems, with the aim to understand how, why and when organisms move – and how their consequential presence or absence affects other organisms in aquatic food webs. Freshwater ponds, lakes and rivers are suitable systems for studying movement because they are often linear (river systems) or isolated by land (ponds and lakes). I integrate studies on multiple tropic levels, including phytoplankton, zooplankton, aquatic invertebrates, plants, fish and waterbirds. How and why do organisms move through these challenging landscapes, how do they colonize and invade new areas, and how do they interact with other species to form communities and structured food webs? I study these questions on both ecological and evolutionary time scales, with applicability towards conservation and restoration.

More information can be found on www.caspervanleeuwen.info