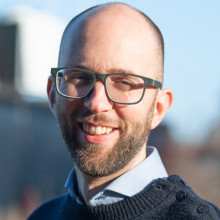 Dedmer B. Van de Waal received his PhD at the University of Amsterdam in 2010, after which he worked at the Alfred Wegener Institute for Polar and Marine Research in Bremerhaven, Germany, as a post-doctoral fellow until 2013 when he started a tenure-track at the Netherlands Institute of Ecology (NIOO-KNAW). He became tenured as senior scientist in 2018 and is ad-interim Head of Department since 2019. In 2022 he became Professor by special appointment of Aquatic Functional Ecology at the University of Amsterdam. With his group, he studies the impacts of global change on harmful algal and cyanobacterial blooms. Specifically, he is interested in how physiological responses at the cellular level can explain ecological processes at a population and community level. He applies ecological stoichiometry and trait-based approaches to understand the physiology of toxic phytoplankton species, and their interaction with competitors and diseases. He is recipient of the ISSHA 2016 Patrick Gentien Young Scientist Award and the ASLO 2020 Yentsch-Schindler Early Career Award. In 2022 he received a prestigious ERC Consolidator Grant to study global change impacts on cyanobacteiral blooms toxicity. He is member of the editorial boards of the Journal of Ecology and Aquatic Sciences, and of the editorial advisory board of Harmful Algae. Dedmer is furthermore chair of the Dutch Cyanobacteria Working group, connecting scientists and stakeholders in water management.