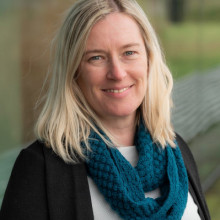 I combine limnology and palaeolimnology (the use of lake sediment cores to investigate past environments) to understand aquatic ecosystems. I use long-term studies to investigate how environmental problems such as nutrient pollution, climate change and hydrological manipulations have changed lakes and aquatic biota. Combining long-term monitoring, palaeolimnology and experimental studies provides integrated insights into ecosystem functioning. I am an expert in the use of chlorophyll and carotenoid pigments as bioindicators of algae and phototrophic bacteria. Such approaches are particularly informative for tracking past dynamics of cyanobacterial blooms. I have developed and applied the use of pigment proxies in sediment cores to investigate long-term changes across a very broad range of systems spanning six continents and also frequently work with other sedimentary proxies such as diatoms and stable isotopes. I am interested in pushing the capabilities of palaeolimnology beyond descriptions and quantifications of environmental change towards its use as a tool for understanding mechanisms. Landscape-scale comparisons of multiple sediment cores can help to distinguish how local versus regional stressors interact to alter the trajectory of lake ecosystem development. Comparisons of socio-economic data and sedimentary archives can help to understand linkages in socioecological systems.