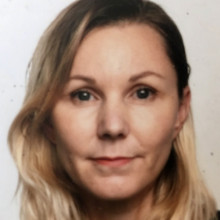 My fascination with sexual selection was sparked during my undergraduate studies (Macquarie University, Australia) when I learned about Jonathan Waage’s work on sperm displacement in damselflies. This set me off on an adventure that has taken me around the world. I completed my PhD at the University of Chicago (USA) and a postdoctoral fellowship at Arizona State University (USA), before moving to Norway to work on sperm evolution at the Natural History Museum of Oslo. In 2014, I became a junior group leader at the University of Oslo, where my group investigated the role of microbes in the functional evolution of avian ejaculates.

In 2019, I joined the Department of Animal Ecology at NIOO-KNAW. Research in my group focuses on understanding why and how animals vary in their ability to reproduce, with a particular focus on understanding the consequences of variation in post-copulatory sexual traits for fitness. We work primarily with passerine birds and use a wide range of methodological and analytical approaches in both field-based studies of natural populations and experimental work in captive populations.