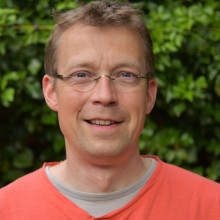 Instellen
Dr. Ir. Kamiel Spoelstra works on the presence and activity of species: what is our influence on how species organize their activity? And how do animals change the organization of their activity as a result of human disturbance – do species occupy different niches, in time and place? How do possible changes affect species’ populations, and how do they interact? His drive is to visualize the invisible in ecosystems: hidden effects, latent processes, secretive behaviour by inconspicuous species.

Currently, his main project is about the impact of light pollution for which he maintains a large-scale setup with experimental illumination of forest-edge habitat, studying the impact of the spectral composition of light, and light intensity on several species groups. For more information on this project, please check www.lichtopnatuur.org.