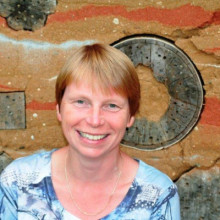 Ing. Christa Mateman (1970) graduated as biochemical technician in 1993 at the "Hogeschool Enschede". In her final year she worked as a student at the NIZO (Netherlands Institute for Dairy Research) developing markers for detection and identification of lactic acid bacteria. She started working for the NIOO in 1993, initially for the Department of Plant Population Biology and subsequently for the Department of Animal Ecology. Her work involves developing techniques for sexing birds, screening for extra pair copulation's (microsatellites), studying genetic variation (next generation sequencing, SNP-detection) and gene expression (qPCR). She is also involved in the management of the samples collected within the department.