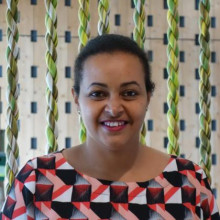 I have both my MSc and Ph.D in plant sciences from Wageningen University. During my study, I was intrigued by the vast array of plant defence mechanisms and their interactions with both mutualistic and antagonistic organisms. I am keen to understand the genetic bases of the underlying mechanisms of these interactions. The core topic of my Ph.D research was exploring the genetics behind sorghum resistance towards Striga (Sorghum bicolor). My colleagues and I used multidisciplinary approaches to understand how the host plant interacts with the parasitic weed and investigated possible options to improve the resistance of sorghum against the weed.

Currently, I am part of the PROMISE team. The team is focused on finding a microbial solution to the problem of Striga harmonica in sorghum. We work on finding solutions to this notorious weed from different angles such as from the microbe, host plant and parasite side. My focus is to explore the impact of soil microbes on the interaction between the host plant and the parasitic weed. I believe this project is of a high importance to improve the livelihood of poor farmers whose life depend on production of sorghum.