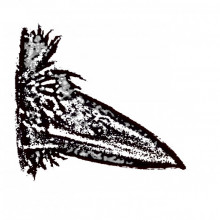 I work at the Department of Animal Ecology as Bioinformatician and Data Analyst. My interests include genomics of selection and genome evolution.