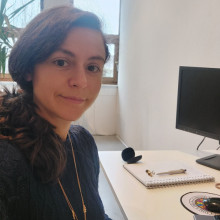 Soilborne diseases caused by plant pathogenic fungi contistute a serious problem for agriculture. In my previous studies, I focused on detecting these pathogens, controling via the use of fungicides and depurating the resulting fungicide-contaminated wastewaters. The focus of my current research is to suppress the growth of these notorious pathogens in a more sustainable and eco-friendly manner, by exploiting existing interactions within the indigenous soil microbial communities.

VolControl will examine the possibility to enhance control of soil-borne fungal crop diseases via stimulation of production of pathogen-suppressing volatiles by soil microbes. The working hypothesis is that these volatiles will be released by bacteria upon decomposition of selected organic materials that contain precursors of suppressive volatiles. During the first phase of the project, different organic materials will be screened and the ones that give the most promising results will be further tested for disease suppressing performance in greenhouse - and field trials. In addition, information will be provided on the identity of the produced suppressing volatiles and the microbes that release these volatiles.  The project will be done in close collaboration with participating companies to optimize application perspectives