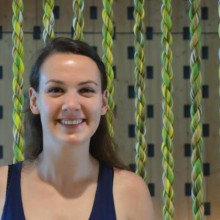 I have completed both my BSc and MSc Biology both at Wageningen University. In my BSc (organismal and developmental biology) I became more and more interested in developmental biology as well as the interplay with the local environment. With my MSc (gene regulation and molecular development) I deepened my knowledge on this subject and moved towards the plant biology world. Both my MSc thesis (carried out at Plant Developmental Biology, Wageningen University) and MSc internship (carried out at Estelle laboratory, University of California San Diego) trained my to become a critical and independent scientist with a passion for fundamental research.

After I finished my studies I got the opportunity to write my own PhD research proposal as part of the Experimental Plant Science graduate program. In this proposal I moved with my background in molecular plant biology towards the turbulent world of terrestrial ecology. Together with Prof. Wim van der Putten (Terrestrial Ecology, NIOO-knaw) and Dr. Viola Willemsen (Plant Developmental Biology, Wageningen University) I wrote a proposal about linking ecology and molecular biology through studying natural population of Arabidopsis thaliana during secondary soil succession. As of June 2018 I am carrying out the proposal as an PhD student part of both Terrestrial Ecology and Plant Developmental Biology. The project is extremely multidisciplinary ranging from soil chemistry and microbiome composition to root architecture studies and whole genome sequencing. It is amazing to work in both departments and experience much support and input to carry out this adventurous project!

In spite of recent advances in molecular biology and ecology, we still do not understand mechanistically how plant life history strategies are shaped by environmental factors. Here I will study how plant-soil interactions influence adaptation of these strategies. My aim is to unravel how soil development during secondary succession influences the selection of plant life history strategies. I will study natural populations of Arabidopsis thaliana and how they are influenced by successional changes in biotic-abiotic soil conditions in a well-described time series of abandoned ex-arable fields. During secondary succession, the plant community shifts from pioneer to later succession species under influence of changes in both the abiotic and biotic composition of the soil. I will test the hypothesis that belowground changes contribute to adaptation of plant roots to their specific soils. Arabidopsis is a well-established molecular model plant and has many favorable characteristics. Studying sequence variation within this species will allow me to describe selection at the genetic level. Specific gene editing experiments will test and validate roles for root architecture in adaptation. In this research, I will integrate soil ecology and molecular plant biology studying genomes, expression patterns, plant-soil feedback effects and root architecture. These findings will provide fundamental knowledge on root traits of crops adapted to sustainable soil management in agriculture.

This project is a collaboration between Department of Terrestrial Ecology (NIOO-KNAW) and Plant Developmental Biology (Wageningen University) under the guidance of: